Most of you would know that this week, I’ve been taking part in Live Below the Line – a fundraising campaign that challenges participants to eat on the Australian equivalent of the extreme poverty line. In Timor-Leste, that’s 88 US cents per day.

It’s something I’ve taken part in annually for the last six years – and for the last four, I’ve also been a volunteer at Oaktree, the organisation that runs the campaign. Last year, I worked as Live Below the Line’s communications director and the fact that I’m now living in Dili is a direct result of a Live Below the Line comms collection trip I took here in October 2016. 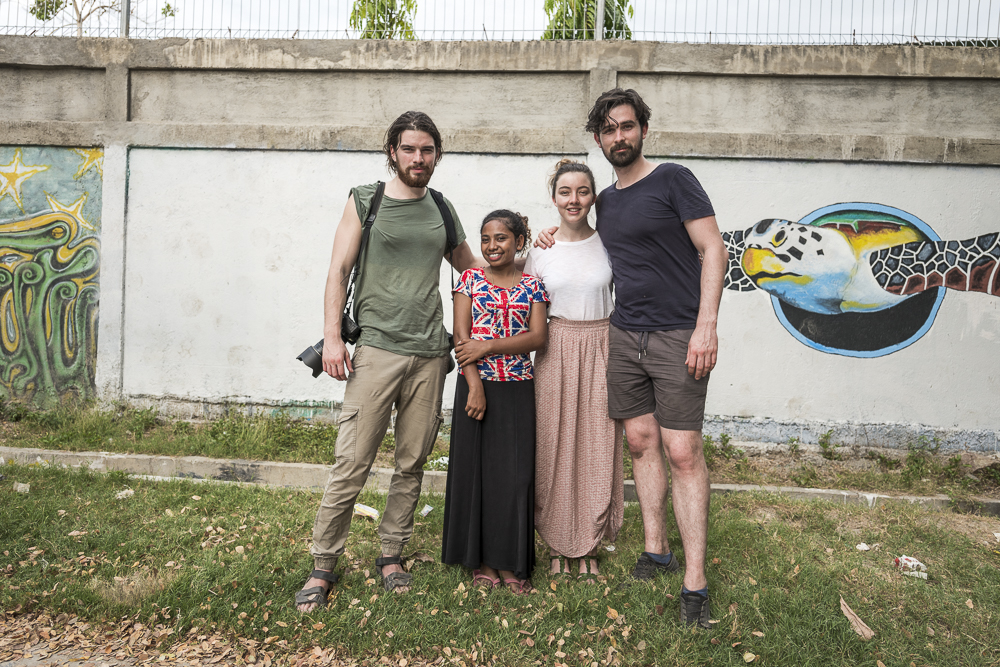 Me, sweaty, with Oaktree’s filmmakers and our video star, Rosaria, in October 2016

I believe seriously in the value of the campaign, but this year, was in knots about whether to participate or not. See, 40 per cent of Timor’s population lives below the line of extreme poverty, and I worried that my play at it (which even in Australia Live Below the Line gets criticised for – unfairly, in my opinion) would seem insensitive, tone-deaf and misguided.

But then, I signed up.

I decided to do Live Below the Line again for three reasons.

Live Below the Line is Oaktree’s largest fundraising activity, and I want to consciously support what I believe is Australia’s single best youth-run effort to fight poverty. I love Oaktree for the fact that it challenges young Australians’ perceptions of poverty and gives them avenues to really do something about it, and I’ve been a direct beneficiary of the (often terrifying; always exhilarating) impact an entirely youth-run organisation has on its staff (show me another 24-year-old Aussie who’s produced the campaign video for a multi-million-dollar international fundraiser and I’ll happily swap spots with them right now). Every Oaktree volunteer is under the age of 26. 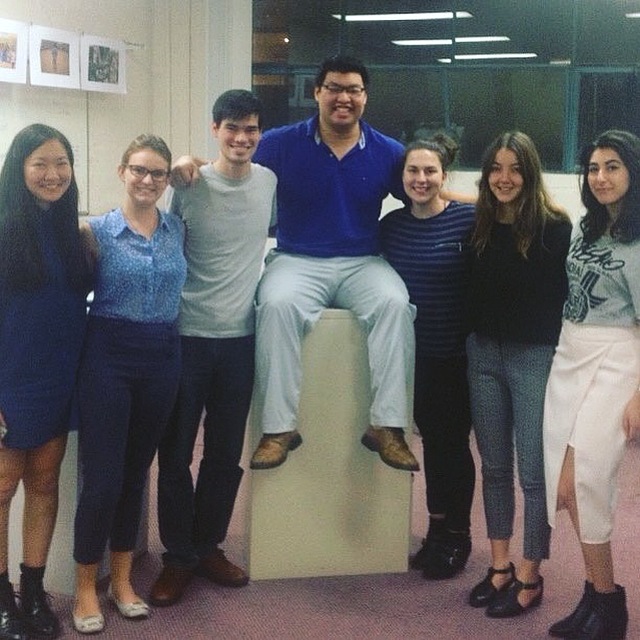 Everything I know how to do, everything I care about, every professional success I’ve had in the last four years traces its roots back to Oaktree, and I wanted to continue fundraising for it to enable more oblivious young Australians hanesen hau to have their eyes opened.

Every year, Live Below the Line is my pulse-check reminder that the life I live is totally unreal and I’m beyond-words lucky to have it. Living in immense privilege every day sometimes makes it fade to normal (everyone has $5 hummus and an air conditioner, right?!), and Live Below the Line is always a critical reminder for me that my life is just not normal.

That’s never been the case more than here in Dili. As the Lonely Planet writes in the most accurate paragraph of its threadbare Timor-Leste country page:

Dili is a city on the rise. Burnt-out buildings have been replaced with shiny new shops, restaurants and housing developments, catering to Timor-Leste’s cashed-up elite and expat community … But the juxtaposition between haves and have-nots is inescapable: throngs of unemployed young men hang around the streets while luxury four-wheel drives with tinted windows speed past.

In Lonely Planet’s terms, I’m very obviously a have, here (I’m typing this from the fifth floor of the neo-colonial Timor Plaza Hotel with a $3 coffee – bargain! right?! – by my elbow. That’s four days worth of food). I’m constantly, visibly reminded of that divide every day – everything from choosing to get a $2 taxi if the 25c microlet is too full, to waving hello to Mary*, the woman who works at the electricity shop outside my house, as I pass with groaning grocery bags and she grins up from her plate of steamed white rice and green papaya, to asking the pulsar guy for $10 of phone credit and then feeling annoyed when he only has $1 slips (uhm, doesn’t everyone here have ten bucks to waste on scrolling Instagram?!).

I signed up for Live Below the Line not to play pretend at being a “have not” (which, incidentally, is a problematic phrase – while Mary might not have $12 vegan ice cream or single origin French press coffee, she’s got two of the happiest little kids I’ve ever seen, a wicked wry sense of humour, and a mane of shiny thick black hair – while I’m massaging oil into my dry-ass blonde tips and wondering which of my three friends I can bother this weekend for a hang-out). I signed up to remind myself that being a “have” is not normal.

3. To raise money that creates opportunities for kids like my neighbours

I’ve been lucky enough that to me, poverty has always been an abstract, academic concept. I know millions of people around the world scratch out a living on less than a dollar a day. I know thousands of families have to make heartbreaking choices between sending their kids to school and putting them to work. And I know poverty is a much more complicated, nuanced issue that simple examples like hungry children or hours of work portray. But living in Australia – a country where something like 13 per cent of the population lives below the poverty line – I was always in wealthy communities where poverty wasn’t too visible, and it was easy enough for me to ignore.

I feel ashamed writing that.

For me, poverty is much more visible in Timor that it was back home, and while it made me self-conscious and ashamed of my own decadence and indulgence, it also pulled my head out of my own arse enough to remind me that this privilege provides me with an incredible platform to really do something about it, if I choose to. 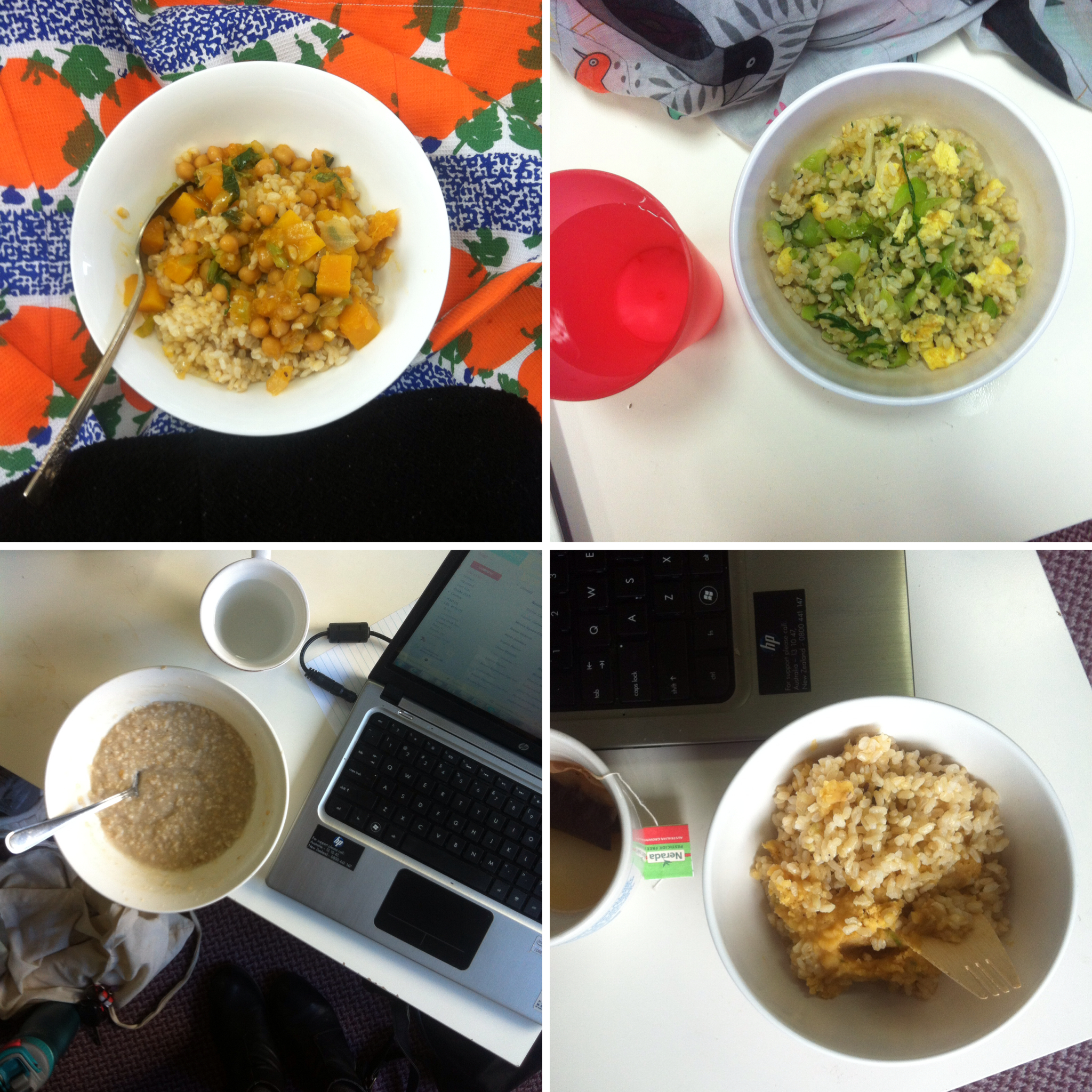 So, I’m trying. I wrote to my MP on the eve of the Australian government’s cuts to foreign aid (by freezing aid spending, we’re effectively cutting $303 million from the aid budget over the next three years). I signed up for Live Below the Line. I raised nearly a thousand dollars (and I’m still going!) for work that Oaktree’s international partners do: things like providing scholarships and books, to get kids to school; training teachers and improving infrastructure so that kids’ experience of learning is useful and fulfilling; and engaging in vital lobbying work so that governments – people with power to create systemic change – commit to supporting initiatives that give hundreds of thousands of kids a real shot at breaking out of the cycle of poverty. 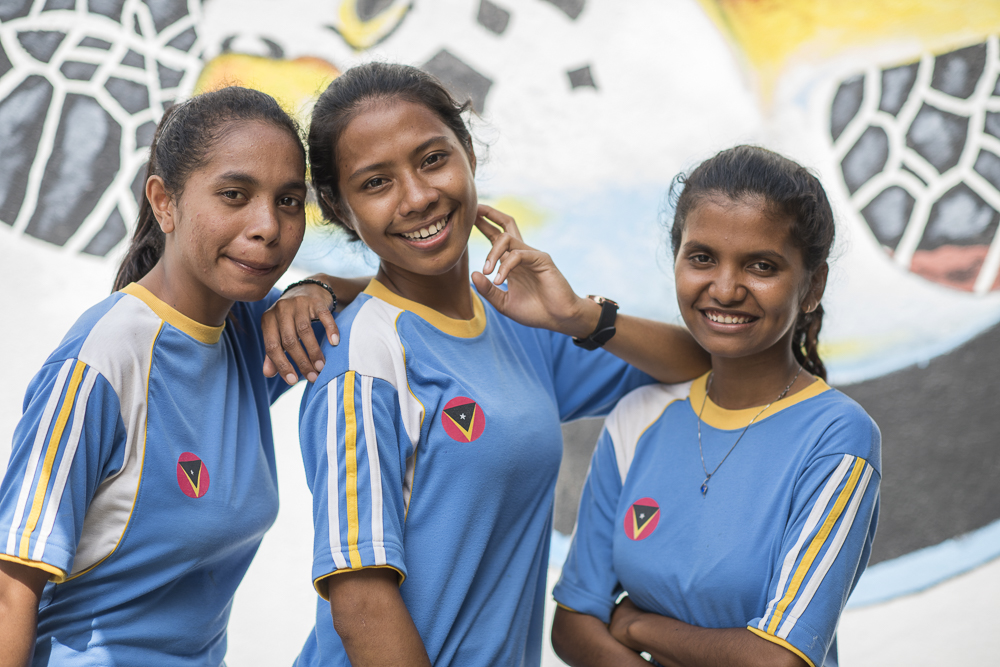 An example: these high school students attend a school Oaktree’s Timorese partner, Ba Futuru (in Tetun: “for the future”) works with. Oaktree funds Ba Futuru to train teachers in participatory learning techniques, so when these kids show up to learn it’s not just rote reciting and writing lines, which is normal in Timor). Photo by Woodrow Wilson for Live Below the Line.

Kids like my neighbours are wicked funny, smart and bright (the other week, Mary’s five-year-old matter-of-factly marched along with us on our three-kilometre round-trip walk to the supermarket, keeping pace the whole time, before tiring of our conversation and beating us home), and it’s bizarre and broken that my own hardworking teenage sister, child of my own disciplined parents, has the opportunity to go to a great school and likely to university and then to whatever career she wants, while thousands of kids across Timor are just as capable but through an unjust twist of fate haven’t had the same opportunities as us whitebread Raynor girls.

Most of you reading this blog are my friends and family, and have probably seen on Facebook and in my weekly emails that I’ve been eating on kidney beans and boiled potatoes for five days (on that, actually, if you’re a friend and don’t receive my weekly email and would like to, let me know!). But if not, or if you’d like more information about Live Below the Line, you can visit my profile, where I’ve written more about what the experience of eating lean was like and why this year, year seven, was likely my very last one. And, if you believe in what I’ve outlined here, I’d love for you to consider donating. 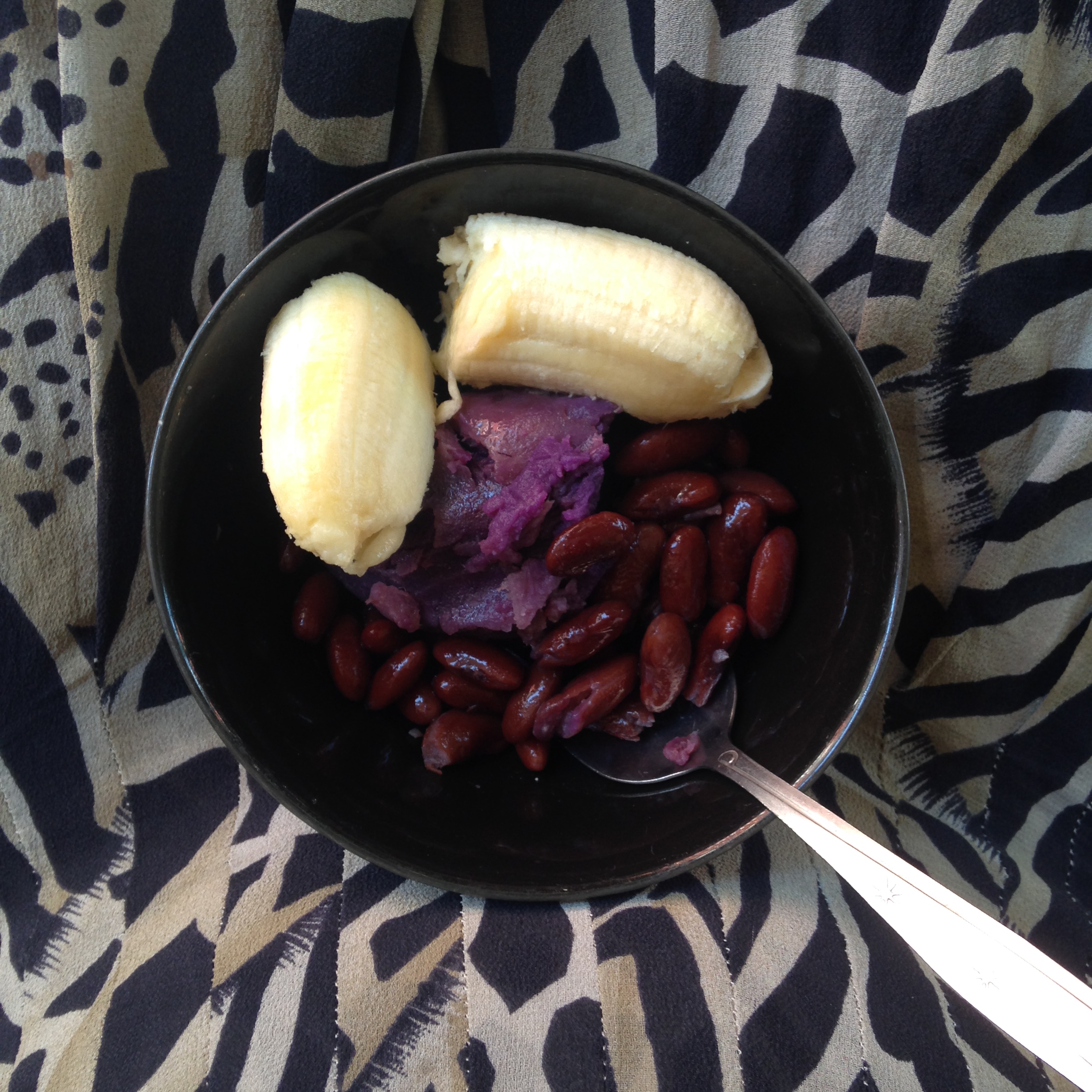 This has been lunch and dinner every day this week

I ate banana on toast for breakfast this morning, cleared a bag of clothes from my wardrobe to donate to the women’s refuge, and caught the microlet up to Timor Plaza to treat myself to a coffee as I wrote this. Live Below the Line is as good a reminder as it’s always been about consuming deliberately, and committing to being a conscious member of this terrible and beautiful world, and I’m grateful I’m in a position to first need and then receive a wake-up call.

(* = Mary’s not her real name. I originally wrote her real name, then thought I should preserve her privacy – she doesn’t need to be trotted out as an exercise in my wokeness).