The more I know

Last weekend, I was making some plans with new friends to go for a morning hike in the mountains behind Cristo Rei. Over message, a friend suggested meeting at eight.

The friend agreed and I offered to pick them up all up in my car. ‘Do you live closer to the first or second Bidau bridge?” I texted.

The first; near World Vision’s office, they replied.

But it’s five past seven and I’m waiting there and I can’t see them and I’m crabby and tired and a little hungover and I’ve smugly picked up from the roadside two people who work at Beachside cafe at Cristo Rei’s base, telling them I’d drive them to work so they didn’t need to wait for the microlet.

I called the friend. “We’re at the bridge,” she replied. I bristled as I nudged the car forward, headed towards the next bridge and my waiting friends.

We, of course, made it to the walk fine.

This isn’t a story about me being knowledgeable.

It’s a story about me realising, that morning, how invested I am in the idea of my own knowledge.

Somehow, I’ve become one of those obnoxious expats here who trade on their frankly arbitrary local knowledge and condescend to people who lack it.

That isn’t to diminish what people do know, nor is it a criticism of the foreigners here who put in the effort and keep their eyes open. And an interesting tension I’ve experienced here is trying to reconcile humility and new-ness with valuing what people do learn in just a few weeks or months — foreigners here are like babies; knowledge growing exponentially every day.

When I first arrived here, I thought I was humble. I thought I was going into a new experience with my eyes open and my ego in check; well-prepared to admit what I don’t know and to sit back for people who do. 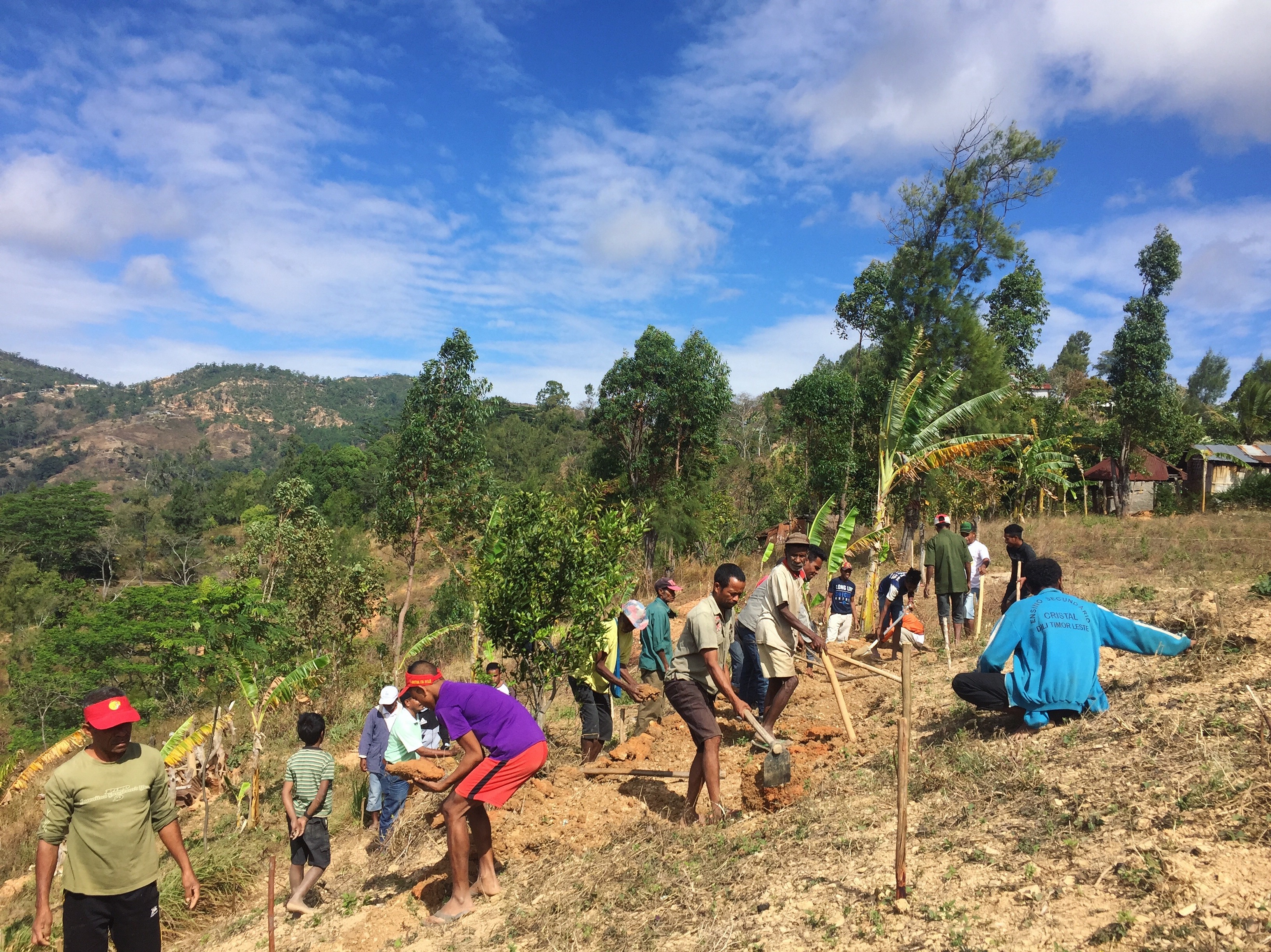 A photo I took on one of my first field trips. I hung around awkwardly, not knowing what to do or whether I should speak to anyone for fear of interrupting their work, and accidentally sat in pig poo. Very smart.

Now, a year on, I see that idea as ego in itself. Sure, I may have readily admitted how poor my Tetun was, or followed the social cues of my Timorese colleagues instead of imposing my own ideas on them. But fundamentally, to recognised and reassure myself of that diffidence is tantamount to self-congratulation: exactly the kind of ego I’d wanted to avoid.

And now, I find myself in the curious position of being next-to-new: I’ve lived in Dili for over a year, so I’m seeing independence day, election rallies and the start of the dry season over again with a fond familiarity. But in human terms, my fifteen months here are a clumsy infant; wobbling on chubby legs with a few drooly new teeth and just a handful of nonsensical words. I’m beginning to be formed, but I barely know anything, yet.

Which is an uncomfortable position to be in. We’re not used to being uncomfortable; it’s hard to be bad at things. And when you’re in a foreign place, everything feels disproportionately laced with meaning and thus tiny things feel dramatically more difficult, more severe, or more significant. Where I wouldn’t think twice about greeting the parent of a friend at a function, I just this morning caught a glimpse of Felix’s dad at mass and waited until Felix had returned before I asked him, “I saw your dad. Should I go and say hi?”

A photo I’ve shared before: from the side of the Jesus statue I wasn’t as an AVID volunteer allowed to go to, at the going-away party of a dear friend who I didn’t know one year ago.

I was worried I’d be interrupting his conversation with his pew-mate; I didn’t want to make him feel pressured to speak English; I’ve only met him once and wasn’t convinced he’d remember my face; and I just wasn’t sure if my natural tendency to socialise would be construed as overbearing in a gentler, more polite Timorese context.

It’s curious, then, for me to examine how I came to be such a smart-arse with my new friends.

Is my sudden desire to assert my flimsy knowledge a response to feeling uncomfortable? It is my ego seeing an opening and seizing the opportunity to ‘win‘? Is it a lazy, unchecked slide into the comfortable expat plateau, where you know enough to get by and thus don’t have to battle discomfort to conquer the day’s most basic tasks?

This morning, at Letefoho, just after  sunrise when everything is peaceful.

I have no  easy answer to this, and am merely sitting uncomfortably in this new knowledge, with all  the equanimity I can muster. I always thought Timor-Leste would teach me things, and I can choose to meet that with humility and grace.

Observations about Dili, Thinking
← May, an update
→ White girls get anxiety,

2 responses to “The more I know”